Jed Johns is Nehiyaw from Treaty 8 territory in northern Alberta and is a member of
Sucker Creek First Nation. He resides in Amiskwaciwâskahikan (Edmonton, Alberta)
and currently works in government and Indigenous relations for EPCOR Utilities Inc.

He has served as a special advisor at the Assembly of First Nations in Ottawa and
previously worked in the Office of Mayor Don Iveson in Edmonton where he led work to
rename a major roadway, Maskêkosihk Trail, a public act of reconciliation among many
between Enoch Cree Nation and the City of Edmonton.

As former president of the Students’ Association of MacEwan University (2011-2013),
he spent his time in student public office negotiating a multimillion-dollar universal
transit pass contract for students, reforming the association’s committee structure, and
began work on a new association building – which held its opening in late 2019. 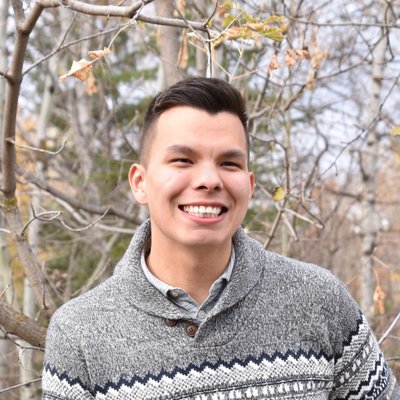