One thing the Truth and Reconciliation Commission taught me was that before fixing a problem you have to be able to identify the truth. Truths have power and the ability to change society for the better. Orange Shirt Day began on September 30th, 2013 to honour and memorialize all Indigenous children who attended Residential School and the children who died while attending such schools. The reason for the orange shirts dates back to 1973 when a young child, by the name of Phyllis Webstad, went to their first day of school at St. Joseph Mission Residential School near Williams Lake, BC.

A young Phyllis was just like many other children on their first day of school. She was eager to learn and excited to meet new friends. Phyllis’ grandmother despite them often not having enough money saved up to purchase Phyllis a “bright and exciting” new orange shirt for her first day of school. That was until Phyllis arrived at the school.

The staff of St. Joseph Mission Residential School assaulted six-year-old Phyllis. They took away her clothes, which included the orange shirt. They humiliated her. They committed a level of violence against a child that today would land someone in jail. There were 272 students at St. Joseph’s that year.

St. Joseph Mission Residential School has since been dismantled but not in time to stop the traumas it inflicted on local Indigenous communities. All that remains of the school is the adjacent graveyard, which the local Indigenous nations have now adopted as their own.

St. Joseph’s was one of 130 residential schools that operated in Canada between 1831 and 1996. Residential schools have permanently impacted the lives, beliefs, culture, and economics of Indigenous communities.

Personally, my father, my stepfather, my eldest brother, and my youngest sister have all attended residential schools. When interviewed by the Truth and Reconciliation Commission, my sister Amber Pelletier said this of her experience in attending Marieval Community Education Centre, a residential school, in the 90’s “We could tell when the keepers were mad because they would, they would use our number to call us or to talk to us. In the breakfast line or supper, dinner line, if we were acting up they’d say, ‘Number 20.’ And then you just stopped whatever you were doing.”

Marieval Community Education Centre continued the dehumanizing practices of referring to the “students” by their number and assaulting the youth by cutting their hair without their consent when they initially arrived at the school into the 1990s.

The basis for all of these issues stems from the strategy of “removing the Indian from the child” and is said to be an attempt at cultural genocide by Chief Justice McLachlin. Sir John A. MacDonald is famously quoted as saying “When the school is on the reserve, the child lives with its parents, who are savages, and though he may learn to read and write, his habits and training mode of thought are Indian. He is simply a savage who can read and write.” While residential schools no longer exist, the practice of removing the child from their communities and homes continues to this day.

“To get an education we must leave our friends, our families, and our culture.”

“We are facing a humanitarian crisis in this country where indigenous children are vastly, disproportionately overrepresented in the child welfare system.”

Dr. Philpott went on to identify some of the root causes of the overwhelming number of youth in the foster care system such as impoverished communities, lack of adequate housing, food, and drinking water. She further stated that the issues stem from “bad government policies.” The policies referenced are equivalent to economic sanctions against Indigenous nations and stem from the thought of removing the “Indian” from the Canadian political landscape.

“Our objective is to continue until there is not a single Indian in Canada that has not been absorbed into the body politic.”

The Governor-General of Canada, Julie Payette, has pledged to begin addressing the systemic barriers that hurt Indigenous people and Black communities. They have pledged to make a change to allow for “economic empowerment for specific communities”, make investments in clean drinking water for Indigenous nations, expedite the work currently being done to co-develop distinction-based models for both Indigenous health legislation and create a new mental health and wellness strategy.

In the words of that same Governor General, “This is all good, but much more needs to be done for permanent, transformative change to take shape,” which has me feeling oddly hopeful. The federal government is no longer shying away from the Truth of the situation. Recognizing the wrongs done is the first step in reconciling them. Being able to point to the problem and measure it will allow both Settler and Indigenous communities to collectively come to a solution.

The problems of the foster care system are too great for any one solution and needs to be addressed holistically and from an Indigenous framework. The government has taken the first steps towards addressing the issues with the Act respecting First Nations, Inuit and Métis children, youth and families that came into law on January 1st, 2020.

The act aims to affirm the rights of First Nations, Inuit and Métis peoples to exercise jurisdiction over Child and Family Services. However, without stable economies, adequate infrastructure, and more investment within our communities, many communities will continue to lack the resources necessary to implement their own framework to address the issues.

Collectively, we have a lot of work ahead of us but we are in a better place to address them together than we have been. 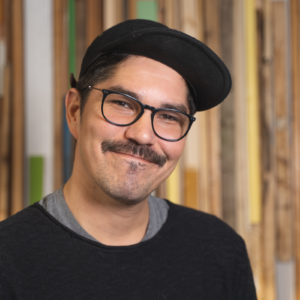