Jaelyn is an Afro-Indigenous mom to her 10-month-old son -Khari. She is now living on the traditional unceded territory of the Omàmiwini (Algonquin) but is originally from a small Inuit community in Northern Labrador, Nain Nunatsiavut. In her early years, she was raised by her Anansiak and Atatsiak, who set the foundation in her life and instilled their Inuit values in her which she carries with her today. When she was 9 years old, she moved to Toronto to live with the Guyanese side of her family and lived there until moving to Ottawa to attend University. She graduated with a double honours degree in Law and Indigenous studies and will be going back to school to further her education.

Jaelyn’s unique experience as a Black, Inuk woman who has lived in her community and in urban centres provides her with a very distinct lens through which she sees the world. She uses her experiences as well as her education to also educate and consult others on a variety of issues. This has included the creation of policies for organizations, governments, and conferences. This work translates to Jaelyn’s Role at Canadian Roots Exchange, where she is the Policy Education Manager. She also has experience in working directly with youth and creating educational workshops and programs for them.

In her spare time, Jaelyn enjoys spending time with her new family, playing mass in carnival, cooking and sewing. 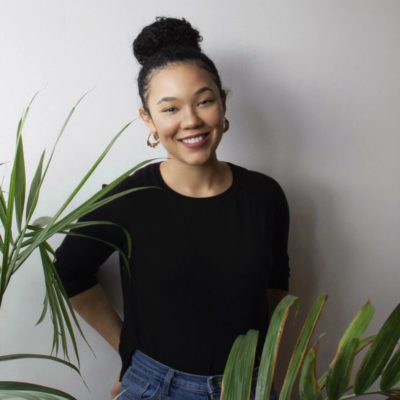