Maariu Costa (They/Them) is 2Spirit of Nehiyawak, Anishinape, Scottish, and Sicilian descent from occupied Treaty 4 territory. Raised hunting and taking part in ceremonies like the Thirst Dance throughout the seasons, they cherish rematriation and are committed to dismantling all systems of oppression, including dismantling white supremacy and cis-heteropatriarchy. Time spent on the frontlines at the Unist’ot’en Camp, Wet’suwet’en Yintah (British Columbia), and Standing Rock fighting for Indigenous sovereignty in the face of capitalist interests aided by colonial nation-states instilled a deep and lasting respect for traditional Indigenous governance systems, the necessity to strengthen them, and the importance of queering sovereignty. 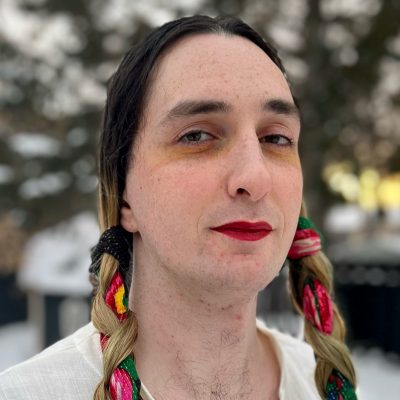