On October 7, 2020, the highest court in Canada confirmed in  R. v. Chouhan that the removal of peremptory challenges, which allows both Crown and Counsel to dismiss a potential juror without giving reason did not breach individual rights. The implementation of Bill-C 75 on June 21, 2019, removed the use of peremptory challenges in Canada. The legislative changes received criticism as being influenced by public pressure following the acquittal of Gerald Stanley, who was charged with second-degree murder for the death of Colton Boushie, a Cree man from Red Pheasant First Nation, Saskatchewan. Many Indigenous communities believe peremptory challenges were used by Stanley’s defense counsel to create an all-white jury by blocking potential jury candidates who appeared to be Indigenous. The aftermath of removing peremptory challenges in Canada raises questions as to whether the representation of Indigenous peoples and other marginalized groups will have increased opportunities to serve on juries.

The abolition of peremptory challenges of jurors draws on much public debate as to whether fair and impartial jury trials can be achieved absent of such challenges?  Although Bill C-75 was aimed to remove potential biases on juries, the Act does not address systemic barriers preventing Indigenous representation as jurors. In February 2013, the Honourable Frank Iacobucci released his report entitled, First Nations Representation on Ontario Juries: Report of the Independent Review (the Lacobucci Report) which was aimed to address the under-representation of Indigenous peoples on juries in Ontario. The Iacobucci Report pointed out that juries are to be representative of the community; and also advocated in recommendation 15 for the abolishment of peremptory challenges. To improve greater representation of Indigenous people on jurors, the report further recommended making modifications to how jury lists are compiled. Often information sources used to locate names for jury lists assumed a standard of living that does not reflect the reality of most Indigenous peoples. Information sources such as the Ministry of Transportation, property assessment rolls may not include Indigenous people who do not have a driver’s license, struggle with homelessness, move frequently or who may not own property. Other factors such as criminal history, language, employment, and transportation issues, were also seen in the Report as barriers for Indigenous people of being eligible or able to serve on juries.

The current jury selection process does not guarantee a diverse representation of Indigenous and other marginalized groups in Canada. Removing peremptory challenges does very little to address the systemic barriers that prevent fair and accessible representation. It is a first step to ensure that racialized mechanisms cannot be used in criminal trials; it does very little to provide opportunity to further advancement on jury rolls, resulting in the continuation of underrepresentation of Indigenous people.

It is our hope that recommendations from the Lacobucci Report regarding Indigenous representation on jurors will be carried out across all provinces and territories in Canada. This report has identified the necessary steps that are needed to address the gaps in our jury selection process and how to rectify it across the system. If the recommendations are carried out, the quality of life and overall well-being of Indigenous people would be improved. Through visible representation, Indigenous people will gain confidence that the community is valued as active membership within the judicial system.

The Debwewin Final Report can be located at: https://www.attorneygeneral.jus.gov.on.ca/english/about/pubs/debwewin/

Individuals who have questions pertaining to jury participation in Ontario can also contact the Provincial Jury Centre at juryduty@ontario.ca or by phone at 1-800-498-8016.

For more information, or to let us know your reactions, reach out to us at centre@canadianroots.ca 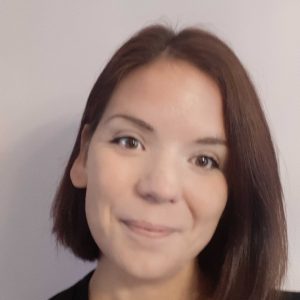